With all there is to see and do in San Francisco, planning a sightseeing trip can be a bit overwhelming. Explore the most popular destinations in the Golden Gate City, including Aquarium of the Bay, Pier 39, Golden Gate Bridge, Fisherman's Wharf, Lombard Street, Alcatraz Island, Exploratorium and more. 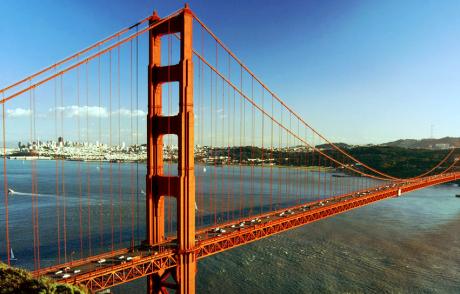 Arguably the world's most beautiful bridge, the mammoth rust-red deco San Francisco's Golden Gate Bridge connects San Francisco with Marin County and can be experienced from near countless angles. Drive, bike, or walk across the two-mile long suspension bridge or get down to the base and look up from the tide pools at Baker's Beach or from a Frisbee toss at Crissy fields, both in the adjoining Presidio.

You can walk it from end to end in roughly 45 minutes, even at a moderate pace. But if you're leaving from San Francisco, be sure you have a plan for what to do when you reach the other side.

Fisherman's Wharf
Fishermans Wharf, San Franciscos most popular destination is known for its historic waterfront, delicious seafood, spectacular sights and unique shopping, Fishermans Wharf offers a wide array of things to do for everyone.

Still a working wharf, its vendors sell thousands of tons of fish and shellfish. Take an early morning walk down "Fish Alley" to see fisherman at work. Later, the Wharf is boardwalk-style family entertainment with decidedly tourist attractions such as Ripley's Believe It or Not! Museum, the Red & White Fleet, a the Wax Museum. For maritime-lovers and WWII buffs, the San Francisco Maritime Musuem is at the foot of Polk St. and massive USS Pampanito is docked right at Pier 45 Lombard Street
Russian Hill: Between Hyde and Leavenworth Streets, San Francisco CA
Lombard Street is San Francisco's Crookedest Street. A drive over any of San Francisco's mind-blowing hills leaves the impression that building a city here took some guts. On world-famous Lombard Street, developers chose the easy way out by making a series of switchbacks to ease Russian Hill's 40-degree grade. Half the delight of America's Crookedest Street is the lush plantings that adorn each inner-curve, and the top-notch views of Coit Tower and the Bay. The street can be prone to tourist gridlock; a good option is to park nearby and make use of the pedestrian staircases. (Jennifer Miller) San Francisco Cable Cars
Moving historic landmarks, the Cable Cars of San Francisco operate seven days a week along century-old routes. For a unique tour of the city, take the California Street line, which runs from the Financial District, through Chinatown, and over Nob Hill. The Powell-Mason and Powell-Hyde lines both terminate near Fisherman's Wharf. Board in San Francisco wherever you see a brown-and-white stop sign. Alcatraz Island
Pier 33, Alcatraz Landing San Francisco 94111 Cruises
Alcatraz Island, located in the middle of San Francisco bay, is a must-see attraction for any visitor to the area. One of the most infamous prisons in the country for housing notorious criminals

Exploratorium
3609 Lyon St., San Francisco CA
Founded in 1969 by noted physicist and educator Dr. Frank Oppenheimer, the Exploratorium houses a playful array of over 650 hands-on science, art, and human perception exhibits. From salt volcanos and bubble bombs to fault lines and frogs, the line up tests imaginations young and old. Baker Beach
Bowley St. and Lincoln Blvd., Presidio, San Francisco CA
San Francisco's most popular and locally beloved nude beach is nestled in the western shadow of the Golden Gate Bridge. Aside from being the birth place of Burning Man, the great qualities of Baker Beach are its size, close shore breaks, tide pools, steep bluffs, and climbable rocks, and a totally nude north end that rubs friendly elbows with a decidedly family-style south side,

Large waves, undertow and rip currents make the beach unsafe for swimming, but it provides panoramic views of the Golden Gate Bridge, Marin Headlands and Lands End. You can fish or check out the shorelife along the beach and rocky shoreline Bay Area Discovery Museum
Located at the foot of the Golden Gate Bridge, the nationally recognized Bay Area Discovery Museum is a one-of-a-kind indoor/outdoor family museum that offers a full range of activities for children ages six months to eight years. The Museums unique programs feature hands-on art and science exhibitions, special performances and cultural festivals -- all with a focus on fun! Boudin at the Wharf
160 Jefferson Street San Francisco 94133
Set in the heart of Fisherman's Wharf, two-story flagship building allows visitors to observe the bakery in action. Learn how sourdough French bread is made and why it cannot be baked anywhere else on earth. Complimentary trip to tasting room included with Museum & Bakery tour. Red and White Fleet
Pier 43 1/2, Fisherman's Wharf San Francisco 94133
Founded in 1892 the family owned Red and White Fleet is legendary for its cruises. Cruise under the Golden Gate and past Alcatraz; enjoy sunset sailings and discover San Francisco. s sights and history with headphone audio in 12 languages. Sailing daily. Golden Gate Bay Cruise; San Francisco Explorer Cruise; California Sunset Cruise.

Ripley's Believe It Or Not! Museum
175 Jefferson Street Fisherman's Wharf San Francisco 94133
A collection of odd/unusual exhibits, interactive and video displays in 11 galleries - a landmark at Fisherman's Wharf for 43 years and entertaining for all ages. Open daily. Submarine USS Pampanito
Fisherman's Wharf, Pier 45 San Francisco 94133
This restored, authentic, World War II submarine offers visitors an unforgettable experience. See how the crew of 80 men lived for weeks on end in amazingly tight quarters. Exclusive iPod audio tour features Pampanito crewmen. Wax Museum at Fisherman's Wharf
145 Jefferson Street, Suite 500 San Francisco 94133
Every day of the year visitors can come face to famous face with the most renowned personalities of history, fantasy and today's news! The Wax Museum offers heroes, stars, religious and world leaders. Open daily. San Francisco Guided Segway Tour
To see San Francisco from a little different vantage point, take a tour with the original San Francisco Guided Segway Tour company. Chinatown
San Francisco's bustling Chinatown is a tightly-packed warren of Chinese restaurants, shops, temples and street vendors. Great for gifts, and fireworks on Chinese New Year. University of California Botanical Garden
The University of California Botanical Garden is located in Strawberry Canyon above the Berkeley campus overlooking the San Francisco Bay. The Garden features one of the most diverse plant collections in the United States. The Garden's 34 acres contain over 13,000 species and more than 21,000 plants from all over the world arranged by region. Think Escape
Experience the best of the San Francisco Bay Area and Northern California with Think Escape, San Franciscos premier party bus and adventure tour company. From luxurious wine tours to Californias famous Napa Valley to American River whitewater rafting journeys, Think Escape offers distinctive, customized escapes from ordinary life  perfect for special parties, corporate team building events or family adventures. Whether its a day trip to Cache Creek casino with the boys or a wild night touring San Franciscos hottest nightclubs aboard a deluxe party bus, Think Escape offers easy planning, comfortable transportation and great amenities for the journey. iFLY SF Bay
Thrill seekers aged 3 to 103 will enjoy taking flight at iFLY SF Bay Area in Union City. Indoor flight simulators eliminate the safety risks of skydiving, but wind tunnels with speeds of more than 120 miles per hour are sure to give guests a rush of pure adrenaline. Flight packages include full safety training and all padding and equipment, plus instructors are right alongside guests in-flight, ready to give support to the more timid or challenges to true daredevils. Golden Gate Park
Larger than Central Park, the 1,000-acre Golden Gate Park;s treasure trove of attractions includes Stybing Arboretum and Botanical Gardens, a biodiversity hub where 6,000 plant species, including a towering display of California redwoods, thrive; the ethereal Japanese Tea Garden; a children's playground; the Asian Art Museum; MH de Young Memorial Museum; and the California Academy of Sciences, with its aquarium, Morrison Planetarium and laserium. Even more, the open tennis courts, horse stables, baseball diamonds, polo grounds, croquet and lawn-bowling greens, an archery field, a golf course and a fly-fishing pool draw an outdoorsy crowd year-round. For a full experience, follow the green panhandle between Fell and Oak streets straight into the park. Mission District
Mission Street between 16th and 24th Streets The heart of San Francisco's predominantly Latino neighborhood is 24th Street, a colorful collection of authentic restaurants, taquerias, Mexican bakeries, produce markets, specialty shops and murals. Mission Dolores at 16th and Dolores streets is the oldest structure in San Francisco (many of San Francisco's Spanish pioneers are buried on the site). Two blocks away on Dolores and 18th St., the palm tree studded Dolores Park still has a Spanish flavor. Coit Tower San Francisco
Coit Tower sits atop Telegraph Hill, looming over the eastern side of San Francisco with its almost regal presence. It serves as a directional marker for people lost in the mazes of city streets, but with its rich history and its excellent viewpoint, Coit Tower offers much more than just a way to find out where you are in the city San Francisco Fire Engine Tours & Adventures
Tours depart from The Cannery at Fisherman's Wharf 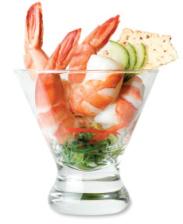