The Best Places to Visit in U.S.

America’s family fun capital, Disney World, is the largest and most popular theme park in the World and covers 47 sq miles. It consists of four major theme parks, two water parks, a couple of golf courses, an indoor theme park, and much more. Plan your family vacation and create memories for a lifetime.

Timeless tales of fantasy and seven make-believe lands are all brought to life in the Disney Magic Kingdom Park. 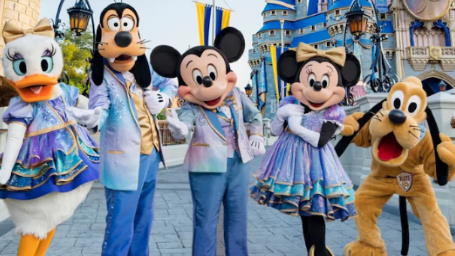 Disney Animal Kingdom
Disney’s Animal Kingdom theme park, one of 4 Theme Parks at Walt Disney World Resort, is full of attractions, adventures, and entertainment that reflect Walt Disney’s dedication to nature and conservation, and in doing so, the Park leads the way in animal care, education and research.

Hours of operation vary throughout the year and are often influenced by special events, so it’s a good idea to call to check opening/closing times.

Health and safety measures and operational guidelines are subject to change without notice.

COVID-19 Warning An inherent risk of exposure to COVID-19 exists in any public place where people are present.

With four major theme parks, Magic Kingdom, Epcot, Disney’s Hollywood Studios, and Animal Kingdom….a Walt Disney World vacation can be complex and costly: all the more reason to plan carefully to make sure you have the best possible time.

Check age and height requirements for attractions: you don’t want your child to look forward to a ride they can’t go on!

Study the park calendars for parades, live entertainment, and fireworks so that you get the most from each day. Remember, distances between the parks are considerable, so plan accordingly if you want to end up in a particular park for fireworks!

During busy times, parks stay open late, and you may find different parades and fireworks.

Unlike other counter service locations, drink refills are accessible at the Backlot Express Restaurant at Disney’s Hollywood Studios.

Use the single rider line on some of the most popular attractions to dramatically decrease wait time. It is available at Rock N Roller Coaster, Expedition Everest, Test Track, and Mission: Space.

Get to the theme parks early. This advice is crucial for Disney’s water parks (packed by noon) and Animal Kingdom (which closes early.)

To avoid paying for parking at Disney, try taking the Disney resort buses. Park at Downtown Disney (in the lot in front of Planet Hollywood) and hop a Disney bus to any resort, then get a connecting bus/monorail into the Park of our choice. We didn’t pay a penny for parking and got from Planet Hollywood to the Park in under 20 minutes.

Use the Disney Transportation System 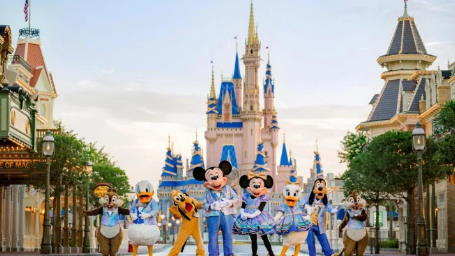 Every hour of the day, and well into the night, blessedly cool Disney buses ferry people free from one Park to another and to and from the Disney resorts. Monorail and boats are other cool ways to get around.

Be sure to understand ticket purchase. Magic Your Way: park admissions are sold as a base ticket plus options.

When going to Animal Kingdom, make sure you make reservations for breakfast before the Park opens. That way, you get into the parkway early and get first in line onto awesome rides.

At counter service restaurants throughout the parks, save money by requesting the entree without the sides. By ordering a sandwich without the fries, you can often save over $2!

Pick your Park according to “Extra Magic Hour.”
Which Park will you go to today? Keep in mind that, every day, one of the four theme parks opens early for Disney World resort guests only.

Either rush to the early opening yourself, (if you’re staying “in the World”), or avoid that Park for most of the day.

Food at Theme Park
Food is expensive in the theme parks, no question. You can scout some bargains, but sometimes spending more on a full buffet is a better option.